This is a question I have been asked many times during my sojourn with Imago.

Imago dei, the image of God is the inspiration for our name. Humanity is shaped by the fact that we bear the divine image and art is one expression of this. Sorting out what imago dei means has posed a challenge to theologians over many centuries. Humans appear to dwell in that threshold place between time and eternity. Eternity has slipped out of our contemporary discourse as we have become pre-occupied with the temporal. 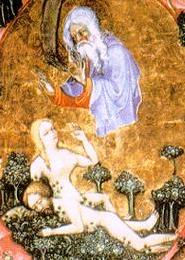 However to think only in terms of the temporal is – as some have described it – a one eyed vision. The modern bent has shaped our thinking about the world in such a way that the temporal is pervasive. To be sure we are creatures of time but there is something in the human condition that resists the view that there is nothing more. It’s all too easy to become trapped in a flattened world – mesmerized by the desire to have everything explained. And it’s a great temptation to engage our cleverness to eliminate as much mystery as possible.
Such efforts it seems are doomed to failure not least because we bear the imago dei which allows us to apprehend something of meaning and significance that points beyond the merely temporal, a second eye though which to see if only ‘darkly’ beyond the temporal. There are many settings in which we can catch a glimpse of that realm we call the eternal and one of those is art. What I mean here by glimpsing the eternal is those moments in which we seem to be lifted out of ordinary time.

In his book Real Presences George Steiner captures well this idea when he writes:

“…all good art and literature begin in immanence … it is the privilege of  the aesthetic to quicken into lit presence the continuum between temporality [sic] and eternity, between matter and spirit, between man and ‘the other’. … The questions: What is poetry, music, art? How do they act upon us and how do we interpret them?, are ultimately theological questions.”
(Real Presences, p.227)

I expect was this kind of double vision which was a catalyst for the founding of Imago. Early in his journey Wilber Sutherland had been nurtured in the faith by those who saw no obvious connections between spiritual
life and cultural engagement or between Christian faith and the arts. However his extensive experience as General Secretary of Inter Varsity Canada brought him in touch with a diverse community of friends many
of whom he mentored. There were several artists in his life as well, including his wife Barbara who had studied ballet, gifted pianist Bill Aide and Bill Mason who became proficient in both film and painting. Wilber
took an interest in the arts not least in film which he studies for two years at Ryerson. He became well aware of how the arts could provide a window into God’s world and the cultures in which we live our lives, while disclosing a hint of something more.

encourager of others, Imago became the setting to facilitate projects in the arts as well as those engaging issues of social justice. Since 1972 Imago has sought to be a catalyst for encouraging and affirming artists of faith. Its presence has served well to be a resource of support and a beacon of hope for Christian artists often marginalized by both church and culture.
Wilber was keenly interested in taking up the challenge to speak the gospel into a changing culture of the 1960s and 70s. In the 1960s Wilber served as chair of a Canadian committee on evangelism for the World Congress held in 1966 in Berlin which was part of the process culminating in the World Congress on Evangelism in Lausanne in 1974. It was only a few days ago that I became aware of his involvement in
that movement and that Wilber wanted to see the arts included in that early congress.

What is surprising to me is the convergence of my activities with his.

Since 2004 I have been directly involved in advocating for the arts in the Lausanne movement. Most recently that advocacy was done as a member of the program committee for Lausanne International promoting the arts including an arts presence at the third World Congress held in Cape Town South Africa in October 2010. The Chair of that program committee was Ramez Attalah (from Egypt) who while he served as IV staff in Montreal in those early days was mentored by Wilber.

Wilber was committed to find all the ways possible to enable people to see beyond the merely temporal and to glimpse if only briefly the “something more” which we all long to discover. The truth about that something
more is embedded in the biblical story and is manifest supremely in Jesus. 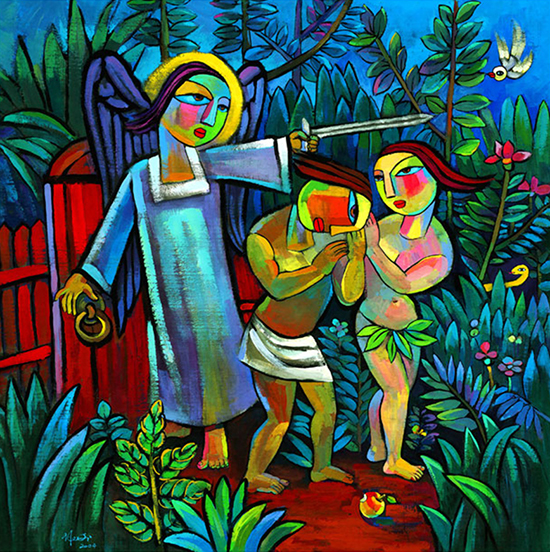 The mandate of Imago continues to affirm the importance of a double vision from which we are able to draw our hope. The words of poet George Herbert which have been found in this column before – capture in four succinct lines the potential we have as those created bearing the imago dei. It is a potential too often neglected because of our failure to take up the ‘cultural mandate’ and too often missed because of the razzle
dazzle of our consumerist society.

A man that looks on glass

On it may stay his eye

Or if he pleaseth through it pass

And then the heavens espy
(The Elixir)