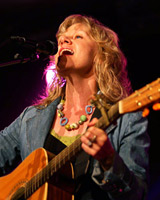 Jeanine Noyes’ first CD, Transparent, released in 2001, was recorded with producer Roy Salmond in Vancouver. The release concerts in Toronto and Kingston were very well received and the recording went on to garner glowing reviews.

After the release of Transparent Noyes began working with Brookstone Theatre Company as music director/arranger, musician and actor. The Christmas collective called 2000 Candles included original pieces by Noyes as well as new arrangements of old carols.

The success of this show which ran for three seasons lead Jeanine to other musical theatre projects like Brookstone’s A Dixie Gospel (which received 5 Dora nominations), and That’s Life which made it’s way to the Edinburgh Fringe Festival. 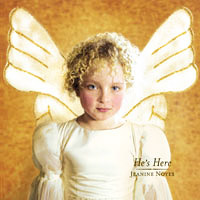 In Freswick Castle, Scotland (home of screenwriter – and long time friend of Imago – Murray Watts), Jeanine was inspired to make a Christmas album and wrote the song list for the album on the long bus from Freswick to Glasgow airport. When she arrived home in Canada, Jeanine visited John Franklin to discuss partnering with Imago a second time for this project. Jeanine began work in the spring of 2004 with Toronto producer Douglas Romanow. The project was released in November 2004 with a sold out concert at the historic Enoch Turner School house.

Since the release of He’s Here Jeanine has received extensive radio play in Europe with excellent reviews and has toured in Europe three times. She has also taught and performed at the annual Christian arts conference at Schloss Mittersill and the Christian Artists Seminar in Holland.