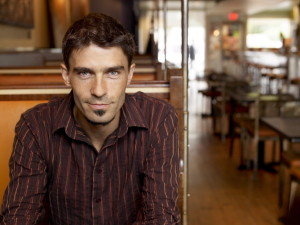 In a world where time is at a premium there is often the sinking sensation that time is slipping through our fingers. There are two Greek words, chronos and kairos that describe contrasting views on time. Chronos time is measured time and can be seen as the god of clock and calendar. Kairos time is the Psalm 23 “cup that overflows” and is seen as eternal, abundant and rich with gift.

In the 12th and 13th centuries, Benedictine monasteries used the mechanical clock to bring precision to prayer times and devotion. There were seven times of prayer during the day, each consisting of a hymn, readings and liturgy. These seven markers were more about quality then quantity and were instituted as a way of connecting temporal time with the eternal.

Leading up to this project, I had often dreamed about collaboration between the beauty of a classical string orchestra and the spontaneity of a jazz trio. I had also hoped to write an album exploring different approaches to metric time and its division. While reading Mark Buchanan’s book, “The Rest of God”, I started thinking about whether it would be possible to link musical time with the theology of time. After a few conversations and a study Jeremy Begbie’s book, “Theology, Music and Time”, things began to fall into place.

The project will be done in two stages. The first is be a 13-song jazz trio album that explores a variety of time signatures and grooves through original compositions. The second album will be a seven-movement piece written for string orchestra, jazz trio and world-class improvisers Hugh Marsh, Guido Basso, and Phil Dwyer. This piece will explore the subject of time through seven-movements that reference the seven hours of prayer.

The second album, Nudging Forever, is a 8 movement piece for string orchestra, jazz trio and flugal horn.  The 8 movements reflect the 8 hours of prayer found in the Benedict monastic movement.  The recording will feature members from the Toronto Symphony Orchestra, George Koller, Larnell Lewis and Guido Basso.  The trio has completed recording the first five movements of Nudging Forever and in the summer of 2015 the string orchestra will be in the studio putting down their parts.  November 6th, 2015 will be a glorious night of music as the Nudging Forever Project makes it’s live performance debut at the Glenn Gould Studio in Toronto, ON.