“Signs are afoot that theological exploration into film is giving attention to productions well beyond the Hollywood genre and beyond movies given to explicitly religious themes. If film as an art form is committed to probing the deeper questions about what it means to be human then surely it is a place for reflective faith to engage…”

The past decade has seen a significant increase in literature exploring the subject of film and faith, particularly bringing theology and film into dialogue. From the early beginnings of cinema right up to the present there has been a thread of thinking that focuses on the alleged negative moral and spiritual impact of film on the viewer.

This is now a diminished voice as we find theologically informed writers engaging in film criticism. Evidence that there has been a shift is the number of books and articles now available that explore the links between film and faith. Cambridge theologian David Ford has edited a massive volume (800 pgs) under the title The Modern Theologians (Blackwell 2005 3rd edition) in which he includes a section on theology and the arts – specifically, visual arts, music and film. 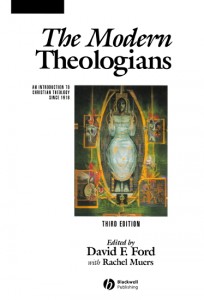 Jolyon Mitchell’s article on film is a valuable place to begin the discovery of where things have been and where they are now in relation to theology and film. Mitchell observes that while “some critics have shunned the cinema as a medium that can corrupt morally, socially and doctrinally, …others have embraced it as a catalyst for theological exploration or even an art form with transcendent potential.” (p. 739) Current writing on film and theology is diverse and there are differing agendas. 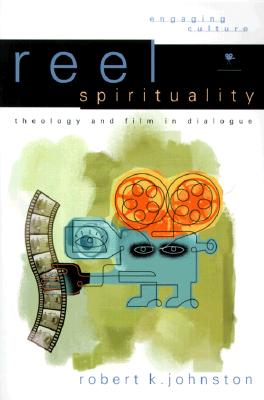 Mitchell cites Robert Johnston’s book Reel Spirituality: Theology and Film in Dialogue, that describes how some critics begin with ethical presuppositions providing an account of the film’s moral content while others who valuethe revelatory power of film give themselves to the artistic and aesthetic qualities of the film before engaging the theological critique. (p. 739) Forays into the arena of faith and film have often been limited to discussions of Hollywood productions, giving little or no attention to what the Academy calls foreign films. Asian, Indian or European films are often more astute at raising questions about the human condition than those made in Hollywood. Signs are afoot that theological exploration into film is giving attention to productions well beyond the Hollywood genre and beyond movies given to explicitly religious themes. If film as an art form is committed to probing the deeper questions about what it means to be human then surely it is a place for reflective faith to engage. It should be noted that often the most theologically interesting films are not necessarily those with the most religious content. Some recent publications have drawn on the movies as a resource for biblical literacy. Canadian biblical scholar Adele Reinhartz has this purpose in mind in her 2003 book Scripture on the Silver Screen. Robert Jewett another biblical scholar was well ahead of his 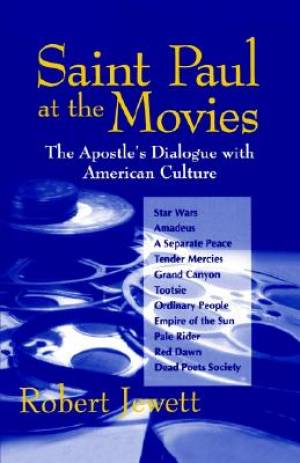 time when he published St. Paul at the Movies: The Apostle in Dialogue with American Culture (1993). Robert K. Johnston offers a glimpse into contemporary culture in dialogue with scripture in his Useless Beauty: Ecclesiastes through the Lens of Contemporary Film (2000).In 2005 customers in the USA spent $45 billion on movies. Clearly there is something that is drawing us to the movies. Just what that may be can be answered in a number of ways. Perhaps we in North America like to be entertained and are in need of escape – escape from the demands of work, the social pressures of life, the chaos of the world situation or simply from boredom. Or it may be that the narratives of film – the stories we are able to enter into – give us a needed perspective on our own lives. Or is it that we gather in the theatres and living rooms of the nation to get some help with our values, to discover what we ought to believe, or to learn more about who we are. At its best, film can have the power of a religious parable providing insight and direction for those who take time to watch and reflect. This dialogue between theology and film is still very young and we should not expect too much of it for now. There are strong signs that the level of discussion is deepening with time. The new works being published hold good promise for future understanding. Mitchell concludes his article with a number of questions aout the film industry.

Here are three of them:

“How far has the film industry become an alternative kind of church, with its own sacred times and spaces, its own viewing rituals and canonization ceremonies?

How far does it promote the accumulation of wealth and individual celebrity over the formation of character and caring communities?

How far does the industry create cinematic distraction from the real and endemic violence in the world?”

Film has a profound influence in our culture and offers a rich and engaging resource for conversation on themes at the heart of human existence. The two books on which we comment in this issue are part of that exploration and our hope is that Imago will be able to help facilitate such conversations in the days ahead.