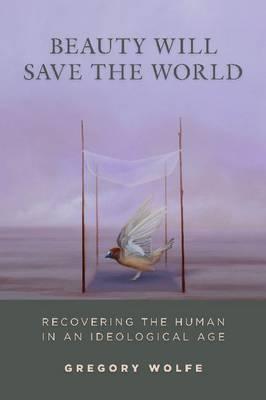 After several decades of exile from conversations about art “beauty is back”. It has become a focus for discussion among artists, art critics and philosophers of art in a way that would have been resisted in the recent past. The twentieth century was not welcoming to the subject of beauty. This return of beauty is manifest not only in discourse on the arts but also in discourse on theology. Theologians are giving fresh attention to the aesthetic and are once again making age –old connections between beauty and the transcendent that are now only a faint memory amid the currents of our postmodern world.

This insightful work by Gregory Wolfe – the founding Editor of Image – takes up the theme of beauty with a particular focus on literature. The title “beauty will save the world” is drawn from the writings of Dostoevsky. Just what it means is a matter open for discussion. But for Wolfe it is clear that beauty will serve as the antidote to our inclination to look to “politics and intellectual dialectics” to address the decadence of the West. These have been tried and found wanting. Our current tendency toward entrenched ideological positioning makes this work particularly timely. Wolfe invites us to set our hopes for renewal on the “imaginative visions of the artist and the mystic” as these provide the cultural grounding of all politics and rhetoric. (pp. 1-2)

“… a large body of believers … have essentially given up on contemporary culture… they do not believe that Western culture can produce anything that might inform and deepen their own faith.” He continues, “For me, the most depressing trend of all is the extent to which Christians have belittled or ignored the imagination and succumbed to politicized and ideological thinking.” (pp. 18-19) 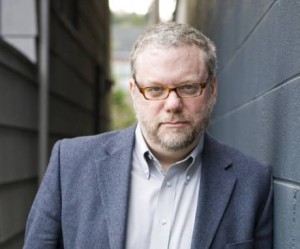 It is Wolfe’s contention that the renaissance of fiction, poetry and music that host religious themes augers well for a fresh influence of faith on our culture of confusion and uncertainty. He is an advocate for Christian humanism, which he suggests is characterized by the effort to first grasp our current condition and then to speak into it with the voice of faith. There is no intent to be preachy or moralistic, as art by nature is indirect and shies away from the didactic. The Christian subculture of publishers, record labels and art galleries are for Wolfe, products of a failed imagination. Instead of being innovative the art is merely derivative. (pp. 24-25)

It is evident throughout the book that Wolfe is not only well versed in the literature about which he writes but that his own thinking has been shaped by a rich array of authors who carry no fear of the partnership between deep faith and good art. Among the writers he cites are George Bernanos, Fredrick Buechner, Annie Dillard, Graham Greene, Flannery O’Connor, Walker Percy, Evelyn Waugh and poets T.S. Eliot, G.M. Hopkins, Geoffrey Hill, Denise Levertov and Richard Wilbur. These and others cited in the book might be thought of as stewards of mystery; that dimension of life over which we have no control. Many of the details of Wolfe’s own journey to Catholicism are recounted in the book. 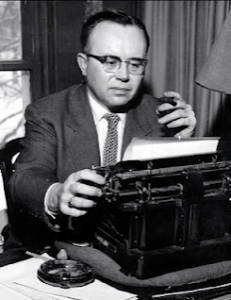 In the chapter on his teacher and mentor Russell Kirk reference is made to the “tragic sense of life” a phrase borrowed from the Catholic existentialist philosopher Miguel de Unamuno. “The tragic sense of life is opposed to ideology, which posits a belief in the malleability of human nature.” says Wolfe. This affirmation of human nature as fallen is for Kirk “a check on political arrogance…”. Grounding Kirk’s view was a “sacramental vision, his vivid sense of the createdness of the world.” (p. 211)

It is just such a sacramental vision that sustains Wolfe’s belief that “beauty will save the world”. This is a deeply Catholic work.

He writes, “The communitarian, sacramental and tragic dimensions of the Catholic tradition grew out of a faith attuned to beauty. The effort to renew this tradition through literature and the arts shapes my own form of Catholic civil engagement.” (p.15)

The question remains as to how confident we can be in the “redemptive power of beauty”. One can’t help but wonder if this is not too great a burden to put on the gift of human art making. But I expect we can all agree that art provides some sign suggesting that there is more to the world than reason is able to deliver. Lest we expect too much from the title I will conclude with a quote from the opening chapter.

“If art cannot save our souls, it can do much to redeem the time, to give us a true image of ourselves, both in the horror and the boredom to which we can descend, and in the glory which we may, in rare moments, be privileged to glimpse.” (p.8)