“… Though imagination may well open a window to the transcendent it is not the only portal that imagination can take us through.”

Time spent with artists and with writings on the arts means that the subject of imagination is never far away. I am committed to the value of imagination even its necessity, but I am still sorting out just what it is and how it works. Though some may deem this a pointless venture my curiosity prevails as I search for language to speak about this most human of gifts. Imagination’s links with religious sensibilities and specifically the claim that it enables a step toward the transcendent have brought it under a cloud of suspicion in our secularized culture. 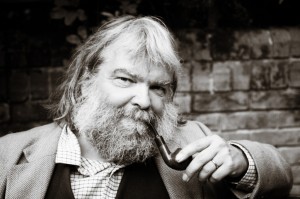 Though imagination may well open a window to the transcendent it is not the only portal that imagination can take us through. I have been moved to think afresh about this matter through reading an essay by Malcolm Guite, (1) a poet, theologian and cleric living in Cambridge England. The title of the essay includes a line from Shakespeare’s As You Like It, “our truest poetry is the most feigning”. It is Guite’s intent to recover the value of playfulness and what he calls the freedom to invent. The goal is to discern a path that will direct us toward what is true.

“How are we to come at the truth? Is she waiting passively to be arrived at, her permanent address the end of the final syllogism in our science or philosophy? Or is she both more active and more elusive? Does she slip quietly up beside us, to join in our games and our rituals, making herself suddenly and abundantly available in the midst of our playfulness, responding more to the invitation of our imagination than to the imperatives of reason?”

Audrey: I do not know what poetical is: is it honest in deed and word? Is it a true thing?
Touchstone: No, truly; for the truest poetry is the most feigning.
As You Like It Act III scene 3

One of the worries that people have about imagination is that it produces mere fantasy, fables and falsehood. What we are after of course is truth and imagination so it is argued, takes us in a quite different direction. Yet we are all aware of how story – story that is not true – can serve to open our eyes and get us to see what we have not seen before. In order to enter into a story, play or poem we need what Coleridge referred to as a “willing suspension of disbelief”. When a poet, playwright or story teller plies their craft, they are inviting us to another place and are engaged in deliberate feigning – that is faking or pretending.

So we are called to surrender to the make-believe in the story or poem. We are invited to enter a “secondary world” as Tolkien called it, 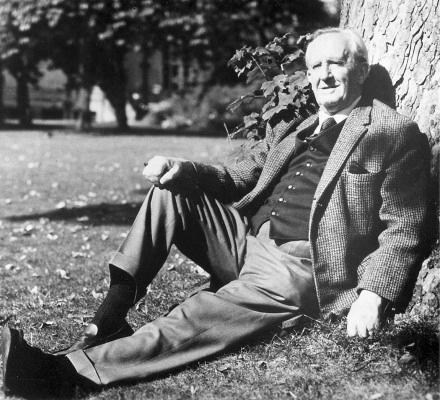 and once inside you believe all that takes place is real. The story is not true but we do not let that fact get in the way of our entering into the story. It would seem that in order to do this we must set aside – for the moment at least – our prejudices, opinions and convictions so they will not be obstacles to our being present in the poem, play or story.

Guite makes the observation that “drama enables us to find the true through the seeming.” Guite draws on a passage from Midsummer Night’s Dream to illustrate his point about truth and imagination. Theseus and Hippolyta are quarrelling, Theseus on behalf of reason against imagination. Hip. Tis strange my Theseus what these lovers speak of. The. More strange than true: I never may believe These antique fables, nor these fairy toys. Lovers and madmen have such seething brains, Such shaping fantasies, that apprehend More than cool reason ever comprehends. The lunatic the lover and the poet Are of imagination all compact; …..

The poet’s eye, in fine frenzy rolling
Doth glance from heaven to earth, from earth to heaven;
And as imagination bodies forth
The forms of things unknown, the poet’s pen
Turns them to shapes and gives to airy nothing
A local habitation and a name.

It is worth noting the claim that “shaping fantasies” apprehend more than cool
reason ever comprehends. Because something is not known to reason it does not
mean we are dealing with “airy nothing”.

But all the story of the night told over,
And all their minds transfigured so together,
More witnesseth than fancy’s images
And grows to something of great constancy….

What imagination and indeed art is able to do on this account is to transfigure our minds “so that we see both what the poet sees and what he sees though what he sees,” as Guite puts it.

The context of this exchange between these characters is an impending marriage – which is suggestive of the need to bring apparent opposites together for a fruitful outcome avoiding the option of a single note making harmony impossible.

As unlikely as it seems, the poetic practice of feigning through the playfulness of the imagination can shape our apprehension and complement our comprehension in such a way as to move us closer to “something of great constancy” that is, a little closer to the truth about things.