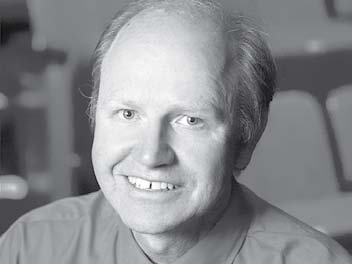 The Pacific Theatre was founded in 1984 by a group of actors who wanted to establish a non-propagandist professional theatre where they would be free to explore work having particular meaning to them as Christians. Pacific Theatre’s mission statement is “to serve Christ in our community by creating excellent theatre with artistic, spiritual, relational and financial integrity.” Since that time the community-minded professional theatre has worked with many Vancouver artists, regardless of their faith orientation, mounting productions of established works as well as premiering many new plays (e.g. Espresso, A Bright Particular Star, Prodigal Son, Tent Meeting, Cariboo Magi, Book of the Dragon).

Many have gone on to subsequent runs at other professional theatres around the continent. “25 years. Close to half my life spent telling stories, building a place where other artists tell stories…’” says founding artistic direcor, playwright and actor Ron Reed. His latest play, Refuge of Lies has just finished an off-Broadway run. Talking with BC Christian News, Reed explained what it means to be called “the Christian theatre in town.” He said, “If one thinks it means we’re propagandistic – preaching answers, exclusive,even amateurish – then we’re certainly not that. We do plays that interest us, but the ‘us’ is different. I, and the company, are preoccupied with the things Jesus talked about and embodied: reconciliation, forgiveness, restoration, new life and a new start, the supernatural, ethical and moral decisions, and peace and justice. So we put on plays that explore these themes.”

The newspaper clarified that “the Christian aspect has more to do with your worldview, than whether a play could be put on in a church.” Since opening the new space in 1994, Pacific Theatre has received seventyfive nominations for Vancouver’s Jessie Richardson Theatre Awards, which have resulted in many awards. In June 2007, Pacific Theatre received no less than 8 Jessie Award nominations and 3 Jessie Awards – including Outstanding Production of the Year for GRACE! In celebration of their Quarter Century, PT is reassembling the original company to revive their very first production First Christmas: An Entertainment, December 14-16, 2008. Allen Desnoyers, Elaine Myers and Byron Linsey, who founded PT, With Roy Salmond, will join Ron Reed onstage those three nights for the show that launched the Pacific Theatre company.